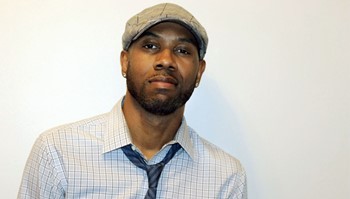 Anoka-Ramsey Community College is hosting its Minnesota Writers Series virtually on Oct. 7, 2021 at 7 pm with Michael Starrbury. During the virtual event, Starrbury will discuss his work and guests will have the opportunity to ask questions. The event is free and open to the public.

Michael Starrbury is a screenwriter, director and producer based in the Twin Cities. His work with Ava DuVernay on “When They See Us”, the Netflix series about the Central Park 5, garnered a 2019 Emmy nomination in the Outstanding Writing for a Limited Series, Movie or Dramatic Special category.

Among other projects, Starrbury wrote the 2013 feature-length film “The Inevitable Defeat of Mister & Pete” which was nominated for an Independent Spirit Award and an NAACP Image Award. Starrbury has recently collaborated with DuVernay and Netflix again on “Colin Black and Write”, a series about the life of NFL quarterback and activist Colin Kaepernick, premiering Oct. 29, 2021.

William Breen, an English Department faculty member and organizer of the Minnesota Writers Series, was inspired to invite Starrbury to participate in the event after viewing “When They See Us”.

“I'd watched ‘When They See Us’ on Netflix, which was a powerful and devasting experience, and was surprised to learn from a StarTribune article that the final episode was written by a Twin Cities writer,” shared Breen. “Michael is doing important work at the highest levels in entertainment. We're thrilled he said yes."

The Minnesota Writers Series gives guests the opportunity to hear first-hand from writers about their work and creative process. Over the years, the event has featured some of Minnesota’s most exciting and accomplished writers.

"The Minnesota Writers Series has featured some of the very best literary talent in the state for more than 30 years,” said Breen. “Giving our college community and East Central Minnesota area this kind of access to the arts is central to our mission at Anoka-Ramsey. And with virtual events, we can extend that community."

To register for the Minnesota Writers Series featuring Michael Starrbury send a request to William Breen at william.breen@anokaramsey.edu.

The Minnesota Writers Series is sponsored by Anoka-Ramsey’s English Department on the Cambridge Campus. For more information about the series visit mnwritersseriesarcc.com.