The Russell Johnson Herbarium is a collection of pressed and dried plant specimens including seedless vascular plants (mostly ferns: Pteridophyta), gymnosperms (mostly Coniferophyta) and angiosperms (flowering plants: Magnoliophyta). Specimens continue to be added to the collections.

The herbarium serves students as a plant reference collection from which they can learn botanical classification, plant relationships and experience examples of the magnitude of botanical diversity.  Students can also learn plant preservation, storage techniques and shelving models.

The Russell Johnson Herbarium is housed in the library of the Anoka-Ramsey Community College Cambridge Campus in Cambridge, Minnesota.

Visitors are welcome to the herbarium. Please call or email the curator to set up an appointment. Visitors may wish to view specimens or compare plants they have with the collection for identification and classification. Several resources are available to assist in identifying plants.

Groups are encouraged to arrange for a tour.

The Cambridge Campus is 40 miles north of Minneapolis, Minnesota on the western edge of the city of Cambridge, a rural environment within Isanti County.

The 128.8 acre campus, located on a bluff on the banks of the Rum River, is home to many native plant species. 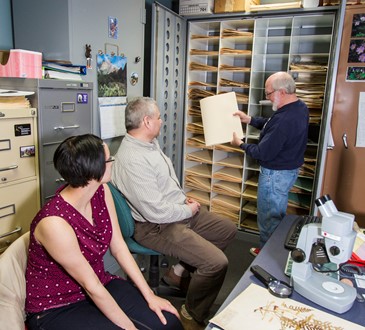 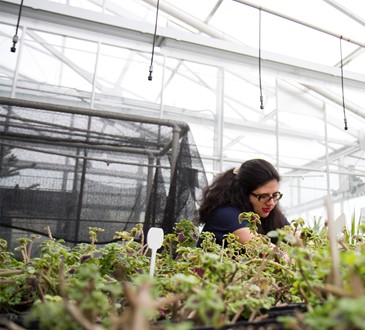 The herbarium is named in memory of Associate Professor Russell W. Johnson (1911-2002) who donated his home teaching collection. The collection includes plants collected as early as 1944 and continuing on for over 40 years. Johnson’s collection serves as the nucleus of the college herbarium currently comprising about 75% of herbarium specimens.

Johnson received his MA in Forestry from the University of MN in 1935.  His professional career began with six years with the US Forest Service in the Civilian Conservation Camps (CCC) in MN during the Great Depression.  Johnson served as a U.S. Army Captain during WW II and married Margaret M. Torell (1941) from the Cambridge pioneer A.W. Torell clan.

A major love for Johnson was teaching and collecting which he did for over 53 years at Bethel College (now Bethel University) in the St. Paul, MN area. Johnson enjoyed sharing his love of nature with students through biology, botany, and geology courses.

During his time at Bethel, Johnson also served the U.S. Navy and Air Force pilots and ground troops in the 1960’s as a consulting biologist. His role was identifying plants for survival in the tropical forests for troops in Southeast Asia and the Far East.

Russell W. Johnson donated his entire personal collection to the college in 2001.  College faculty and students as well as the community appreciate the use and value of the collection.